This is an interesting and very relevant quote for me. The main reason being, how do you define a “healthy soil”?

“Soil health is a combination of physical, chemical, and biological properties that impact the function and productivity of the soil” – a different USDA leaflet

Is this a good definition? It is certainly a bit wooly, but then it is an extremely complex system, and one that we do not yet fully understand. I would love to be able to quantify “soil health”, in order to show whether or not it is something to be strived for on a commercially run farm.

Perhaps the best marker for soil health is organic matter levels. Indeed, SOM is linked with all three factors from the above definition,

If soil health = SOM, my life is a lot easier. It is fairly easy to measure, and when you can measure something, you can manage it. But is this too simplistic? Perhaps. Any viws on this would be much appreciated. 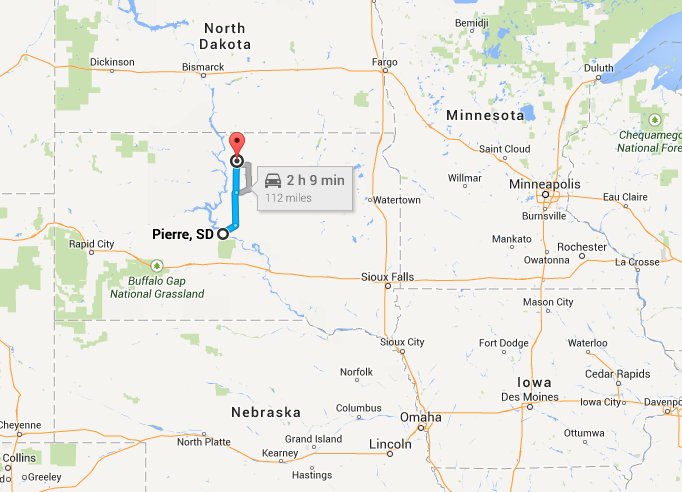 I started the day by visiting Jason Miller, an agronomist with the USDA (that’s the US Department of Agriculture by the way). As is probably obvious, I took home a wad of printouts. Here are a few quotes from them, with my thoughts added.

After leaving Pierre (that’s a town, not a person), and heading north, I took a little detour to see another farmer, Robert Salverson. He is another maize, soybean and wheat farmer, but outside of the day job he started up a service company for the oil fields in the north west of South Dakota; obviously an enterprising sort of guy.

It is interesting to talk to these guys about my plans for trying some grain maize in the UK. They all think it is crazy to plant winter wheat immediately afterwards, because of the fusarium risk. I am hoping that our usual, robust, fungicide program will take care of that. The alternative is to grow a second spring break crop, which could be a good option in fields where black grass is a problem.

Robert showed me a field that was until last year virgin, never farmed, prairie. It is now planted with a crop of soybeans. Since the advent of roundup ready crops, this process is much simpler than it used to be, and the transformation to clean cropping land only takes a couple of years.

I asked him whether he felt bad about destroying prairie land; “Hell no! [or words to that effect]” was the response. I can’t help but feel it is a shame to lose this type of land to monoculture cropping, if for no other reason than the steady decline in biodiversity. However, people in glass houses should not throw stones, and the only reason that we do not do the same at home is that it has already been done in generations past!

The only real option if we are to continue producing economically viable crops is to attempt to be as benign to the environment as possible within our system. A good way to do this might be through the use of no-till, cover crops, and livestock integration. Someone should do a Nuffield Scholarship on it…